I personally think Genetic Engineering is going to have much more if not equal impact than Artificial Intelligence on our lives. Also it is one of the fields where AI will be used a lot to simulate and predict due to insane amount of untapped data and possible downsides of wrong intuition. There is a revolution in genetic engineering waiting to happen just around the corner.

However, there is no doubt that common people feel AI has entered their lives more as compared to Genetic Engineering. Why so ? 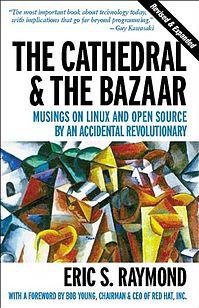 TL,DR: Current structure of modern Internet is like a Bazaar, Genetic Engineering is like a cathedral. Cathedral only helps royalty and clergy, bazaar enhances living standards of common man.

My answer to “What makes the difference between blockchain technology and information technology?”

I assume the question means what is the difference between “blockchain technology” and “traditional Information Technology”. Otherwise, the answer just needs to give definition of the two.

The difference between the two is who gets to say what is right. While in a traditional IT system all rules are made, verified and enforced by the service provider,in a blockchain, the process of verification is outsourced to an open group of multiple independent partied. All of these parties are combined guardians of rules that are being verified.

So for an example, when we use Quora, the rules for content are made, verified and enforced by Quora only according to the terms of service one agrees to while making an account. While making rules and enforcing them are pretty objective processes, verification of content for compliance can be quite person-dependent. If a unique person holds all the three powers (making rules, verifying rules and enforcing rules), they hold ultimate power to arbitrarily change the behavior of system by just changing perception on topics. A blockchain based moderation system will for example leave the verification task based on content rules to many different parties independently. Similarly in economics, if the same person (government) has the power to issue, print, verify(sign the notes as guarenter) and spend, they can do whatever they want changing value of others’ money a lot. QE (Quantitative Easing) is the process bitcoin was first conceptualized to prevent. Blockchain has different parties verifying transactions (most of them need to agree for a transaction) and no new money is printed ever.

My answer to “What technology is used to record cryptocurrency transactions?”

Let’s understand in very basic terms what a cryptocurrency is :

To answer your question specifically, the data is stored in a Merkle Block Chain Tree which is available to every miner on crypto network and anyone who wants to read and see it.

My answer to “Is Neuralink really the technology of future?”

I think its the next generation of devices after smartphones, iPads and wearables.

My detailed thoughts on the topic are in this answer : Muktabh Mayank’s answer to What do you think about Elon Musk’s Neuralink and the future?

As Elon Musk himself says :

Definitely not. Smartwatches & phones are yesterday’s technology, Neuralinks are the future.

My answer to “What do you think about Elon Musk’s Neuralink and the future?”

I think Brain Computer interfaces are the next generation Computing platforms. They will augment with humanity in our pursuit to become more advanced both individually and as a civilization. Just like other Elon Musk startups, Neuralink looks a bot into the future. No one thought we would have privatized satellite network, commonplace electric cars and astronaut launches a few years back, and look at it now ! We will soon start having a chimera of magalev and vaccums in form of hyperloops .

While, you have seen Musk’s views about energy and transportation in his previous startups, Neuralink is him thinking of next generation of Computing. He always thinks that AGI might be a possible danger and this looks like his way to develop a Marcus Wright Marcus Wright

if you will. Augmented Humans who can maybe use ASI algorithms (AI algorithms like what we have today) to become super-interstellar civilization than depending upon emergence of an AGI Artificial general intelligence - Wikipedia.

Animal Brains in general and human brains in particular are the most efficient computing device we know of which run programs they learn by evolution and learning. If we can enhance these programs humans run in their brains with skills humans are generally considered poor at than machines, humans wont really need an AGI to reach the level of level 2 civilization. Kardashev scale - Wikipedia

2000–2020 : Computing has become much more ubiquitous through mobile phone and people use their devices as banks, post office, shops, cinemas and even society is now virtual (social networks). Mobile computing - Wikipedia

As you can see from mini-frames to mobiles, the Human Computer Interface is becoming more efficient, easy to carry and “personal”.

The next HCI will not just ease the day to day pursuits of a person, but also enhances their mental and physical activities. Elon Musk in Neuralink is trying to build a platform just like Steve Jobs did in iPhone and Google built in Android. There would be a potential app ecosystem just like we have in phones.

My answer to “Can Elon Musk’s Neuralink pave way for AI to take over humanity?”

I dont think that is the aim, Neuralink from what I understand aims to augment the human brain so that they can be given massive storage and extra processing speed. This would keep human brain competitive with AI technologies.

Elon Musk launches Neuralink, a venture to merge the human brain with AI

My answer to “Why do people call Tesla as a startup bubble?”

I don’t think Tesla is a bubble.

Its producing good cars, which are going to get more performant and cheaper over time, is led by probably one of the best leaders on Earth and is driven by a very consistent vision.

I don’t think “people”, as of today, think its a bubble as well, otherwise they would not be investing like crazy in Tesla. I mean there are always bears, but look at that stock : 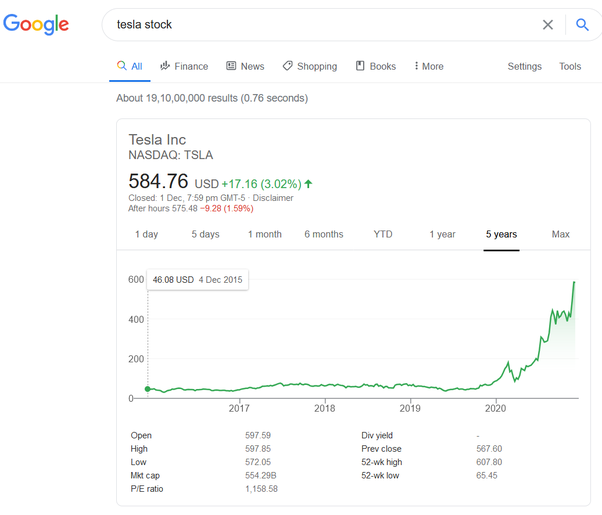 In principle, most people in the world (except those who make money by selling oil) kind of agree that we have to switch from Petroleum eventually if we want to have infinite cheap energy. All Petrol in Earth has less power than the amount of energy Sun emits in maybe a day. Similarly a gram of Thorium can produce more energy than many liters of oil. In order to become more energy efficient, we need to move from Petrol to other sources of energy just like we moved from firewood to coal and then coal to petrol as primary retail fuel of humanity.

Of course, there is a decent chance than such a move would reduce Global Warming as well (if at all warming is reversible at all). So that would be a bonus too ! No one likes having bigger cyclones every year.

Tesla is different from other manufacturers. Tesla is evolving into an Energy company, so its basically a Cars + Energy Harnessing Company. So its the Ford+Exxon for Solar energy, both huuge companies in Petrol, and maybe a few more like Southern Company - Wikipedia

included (if its scales to what it pitches right now). Solar power is more efficient than Petrol and let’s Tesla play all the parts in the Energy Supply chain. 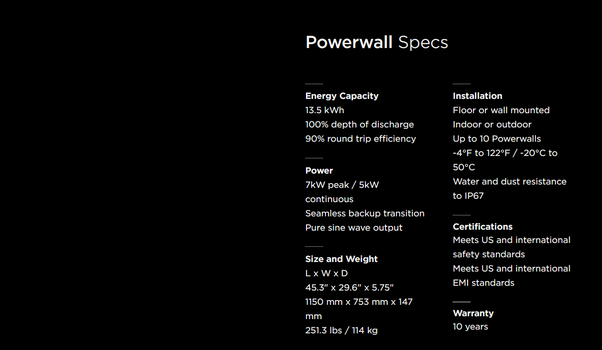 Tesla probably will slowly move into more sectors where it can push Solar Energy too. Basically Amazon:Shopping::Tesla:Solar Energy . They are playing a platform game.

Transportation is the major consumer of Petroleum and this is the right first sector to disrupt if we want to move to an alternative form of energy : 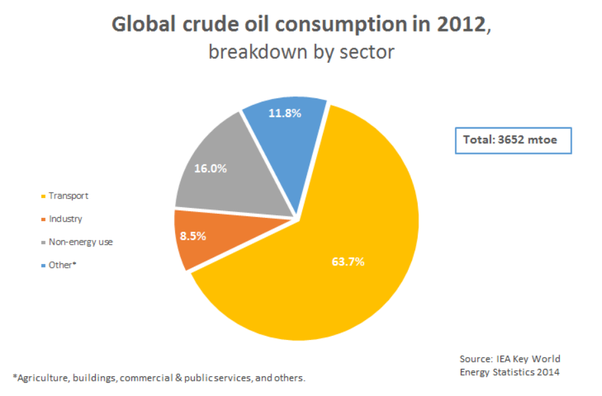 Tesla will IMHO bring solar to transportation first and then push into more and more sectors. So basically you can think of a Tesla stock surge as humanity’s bet towards becoming a higher order civilization : Kardashev scale - Wikipedia

Nuclear Fusion Startup Gets $84 Million to Enter Next Phase

And even more controversial ones : 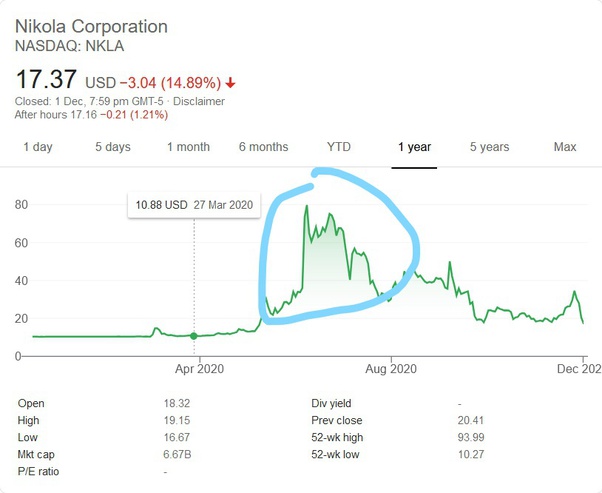 Nikola: How to Parlay An Ocean of Lies Into a Partnership With the Largest Auto OEM in America 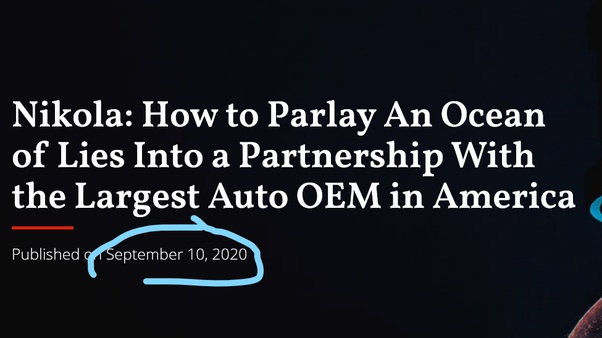 TL,DR : I think humanity has already bought into the vision of moving towards more infinite/cheap and less CO2 emitting energy. Every company who can pull of this vision well will do well. Tesla is just building a Solar Energy platform, you will have equivalent Hydrogen and Fission/Fusion platforms in the future too.